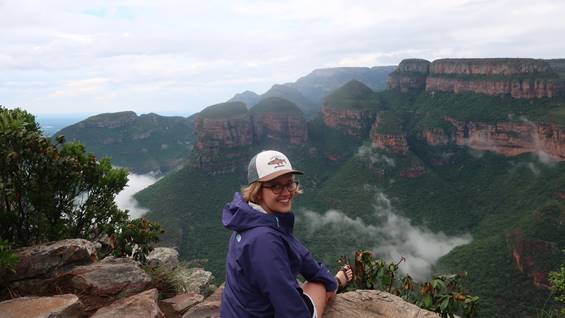 When I started my week as a hospitalist on one of our Edmonton COVID wards, I didn’t really know what to expect. It was an unfamiliar unit, but the nursing staff and rest of the team were welcoming. There was no choice, but to jump right in!

My very first morning started with a stat page from the ward informing me that one of my patients, who I had never met, was up to 10 L. He was 66 with an R1 goals of care designation.  He was otherwise healthy and had acquired COVID in the community. RT was paged and a gas was drawn. Within the hour, ICU came to assess. By this point, he was up to 15 L on a non-rebreather and RT was back to get him set up on opti-flow. Within the hour, he was whisked off to ICU and never returned.  It happened so quickly. I had made a few calls to family trying to keep them updated as the morning progressed. They were so scared. ‘’But, he’s so healthy! How is he going to ICU? Just 2 days ago, he just had a cold.’’ they said to me, and they had so many questions that I didn’t have answers for.  I felt helpless trying to support them over the phone as the uncertainty of what would happen next was at the forefront of their minds…

The remainder of the first day wasn’t quite as eventful. I got a few patients discharged home and they were happy to see beyond the doors of the unit. I settled in and learned about my patients. New cases trickled in from the ER and from the wards. That first day, I received two patients in transfer from the wards – Mrs. and Mrs. B. Both were asymptomatic on initial transfer down to the unit and had been picked up on ‘’prevalence screening’’. They were the unfortunate bystanders of hospital acquired COVID. Mrs. A had been cleared by the Medical Officer of Health that morning to return to her assisted living facility. Unfortunately, now she was COVID positive and had to stay. Mrs. B was waiting for long term care placement after having a debilitating stroke. Both came down to the COVID ward shortly after I received the calls that they were positive.

As the week went on, Mrs. B remained asymptomatic, while Mrs. A developed symptoms. Initially, Mrs. A had a mild cough, then increasing O2 needs to 2 L then 8 L then 15 L non-rebreather over the course of about 3 days. The hemoptysis started on day 2. Visitation of family was a rarity, but I felt it was absolutely essential that I advocate for her son coming onto the ward to see her before we put her on opti-flow. He said he could be there later in the day after work. I suggested he come more urgently. She was declining quickly. He came for his 15-minute visit, and then RT came back to start the opti-flow. She had an M1 GOC designation, so there was no ICU involvement this time. She hung on and was a fighter but unfortunately, succumbed to COVID.  She was found unresponsive later that evening. I phoned her son to break the news. He was shocked but understanding and so appreciative of that visit earlier in the day.

Mrs. B remained asymptomatic. She was rock-solid stable. I left that night after a long and busy day. Amidst the chaos of the day, I had called every family except for hers to provide updates. Part of my notes included a family update section. I had written ‘’stable – will call family to provide an update tomorrow’’.

The next morning started with a phone call from the unit as I was driving to the hospital.  ‘’Mrs. B has passed – she was just found unresponsive by nursing staff on morning rounds’’. My heart sank. She was so stable, I thought. She was asymptomatic. This overwhelming sense of guilt came over me. I was left to break the news to her family. And I hadn’t updated them yesterday. How could I have left the hospital without calling them? I got to the ward and phoned her daughter to tell her the news no daughter ever wants to hear unexpectedly. ‘’I’m so sorry, but your mom passed this morning’’. I feared that she would be angry with me and the hospital, questioning why we didn’t do more. I feared that she would ask me why I didn’t phone yesterday with an update, as I had done every prior day. My fears were unjustified – she was calm, appreciative of the care her mom had received, and grateful for the call. She and her sister wished to come see mom on the unit before being transferred down to the morgue. Her daughters came, one by one, for their 15-minute visit.  They received training from the ‘’Dofficer’’ at the entrance of the unit to put on their PPE, and bravely entered the ward, alone, one at a time. At the end of the visits, they each came and thanked the nursing staff and I for our care, and stoically walked off the unit. I made it my mission to call each patient’s family daily thereafter.

I carried on and finished up my week on the ward. Although the admissions continued to flux in at an increasing rate, necessitating the establishment of a ‘’Third COVID Team’’, people did get better and did leave the unit. A few more patients recovered and were cleared by rehab to return home. It was always fulfilling to see stable patients walk off the unit. A few more patients became ‘’COVID recovered’’ after their 14-day isolation period and were able to transfer back out to the ward. The revolving door continued to circle, but there was progress. There were some smiles buried beneath the masks that brightened the days as Christmas music played at the nursing station. The teamwork was tremendous. Everyone supported each other. Staff were re-deployed from other units to help, and it was always nice to see a familiar set of eyes. I truly think this week was one of the most impactful experiences so far in my career. I am grateful to have been a part of this humbling experience.